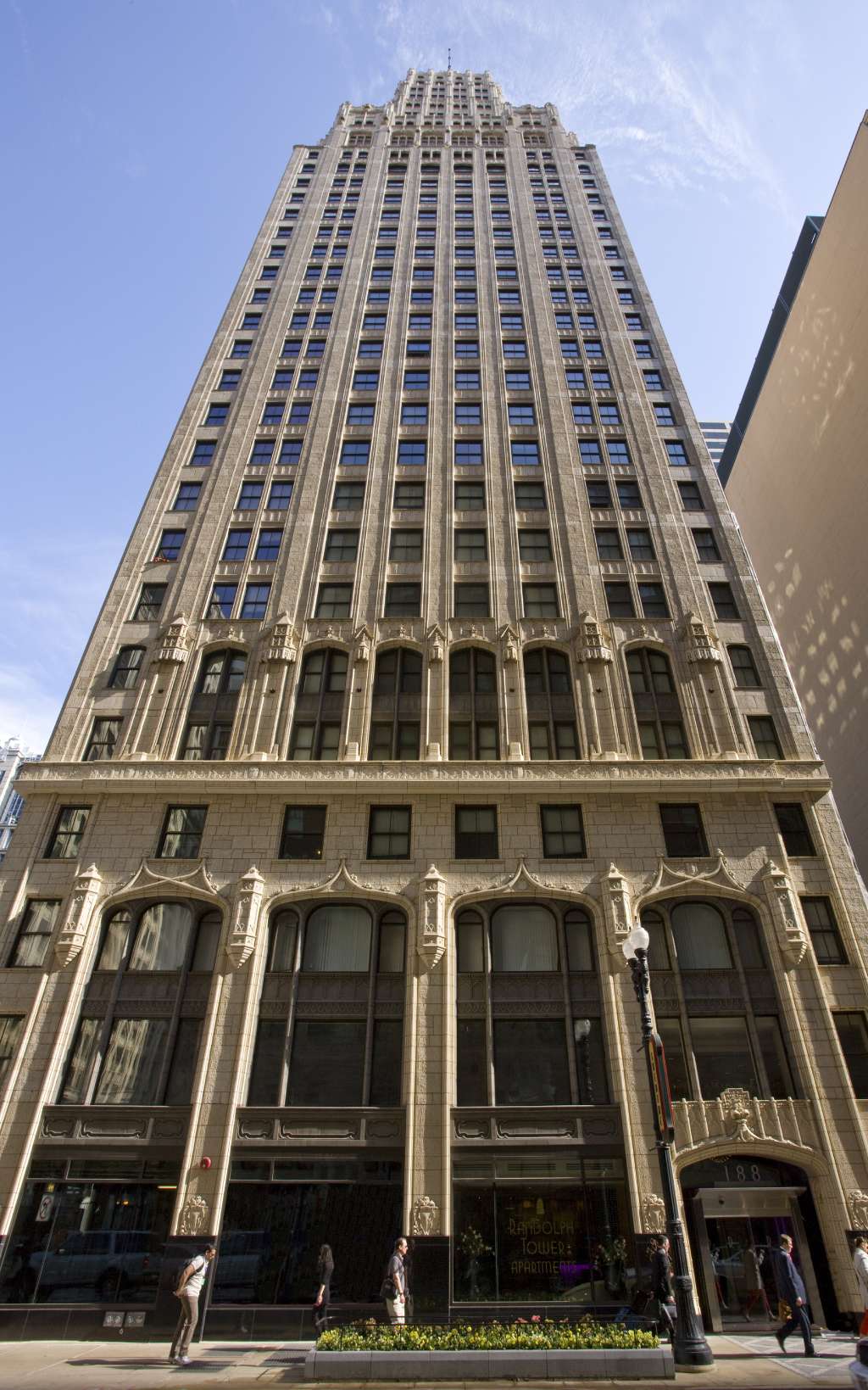 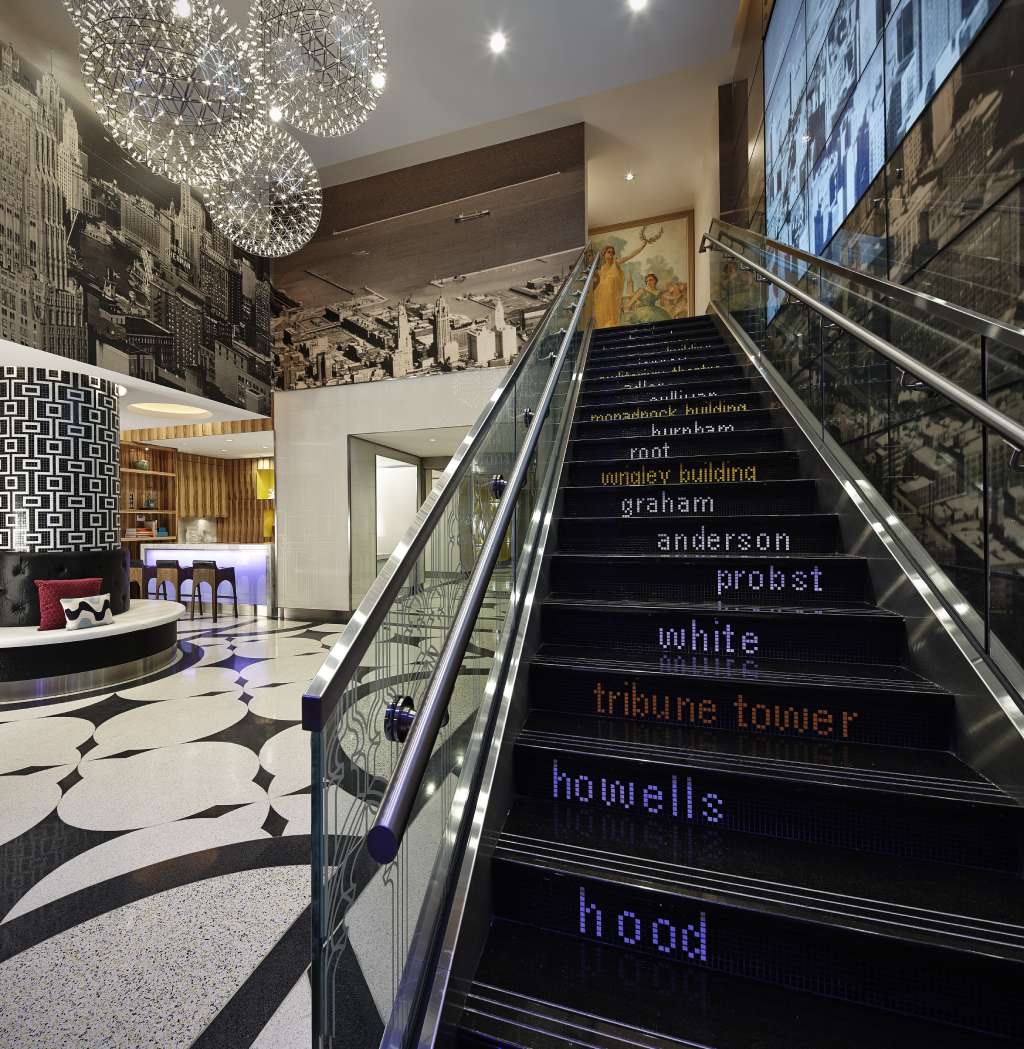 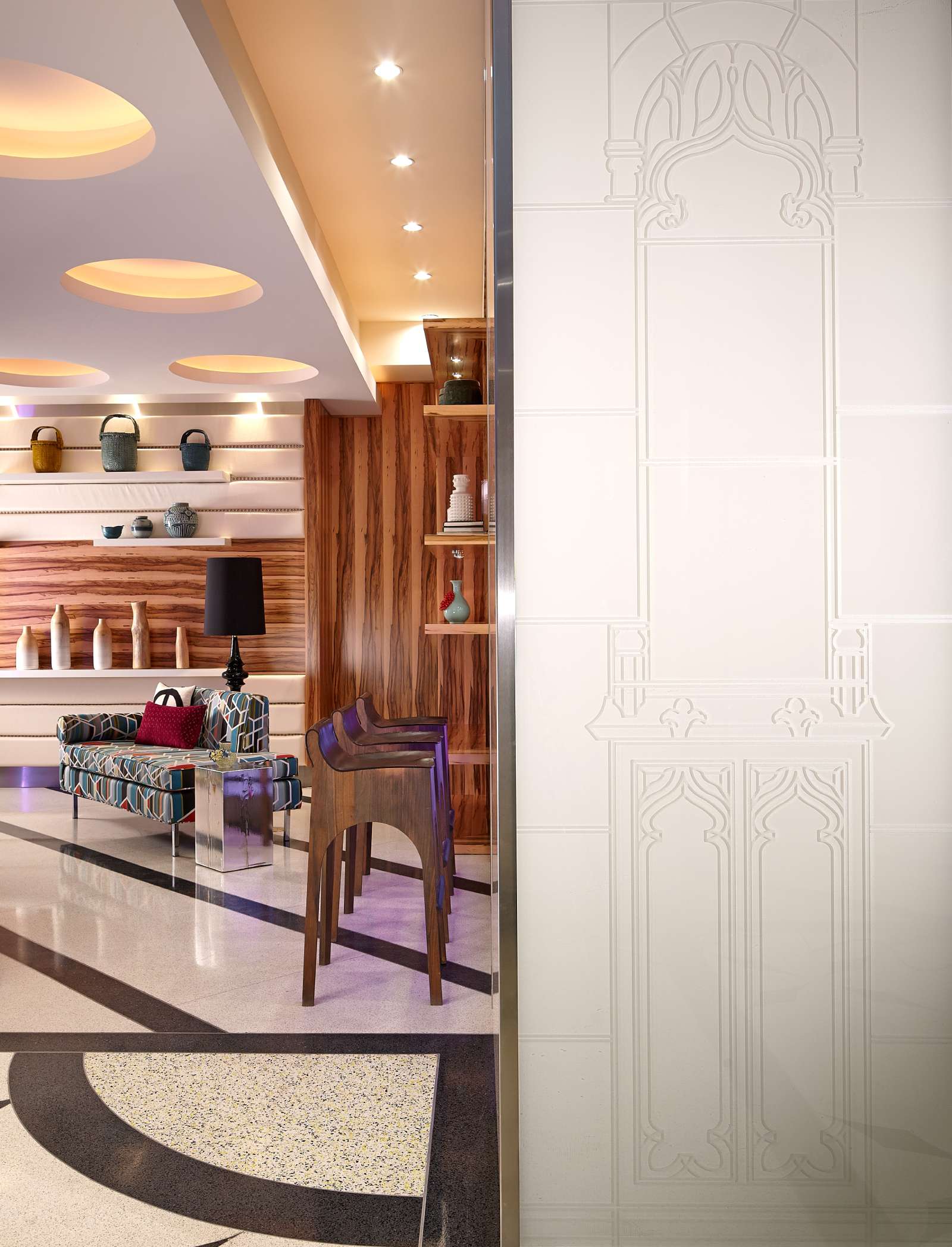 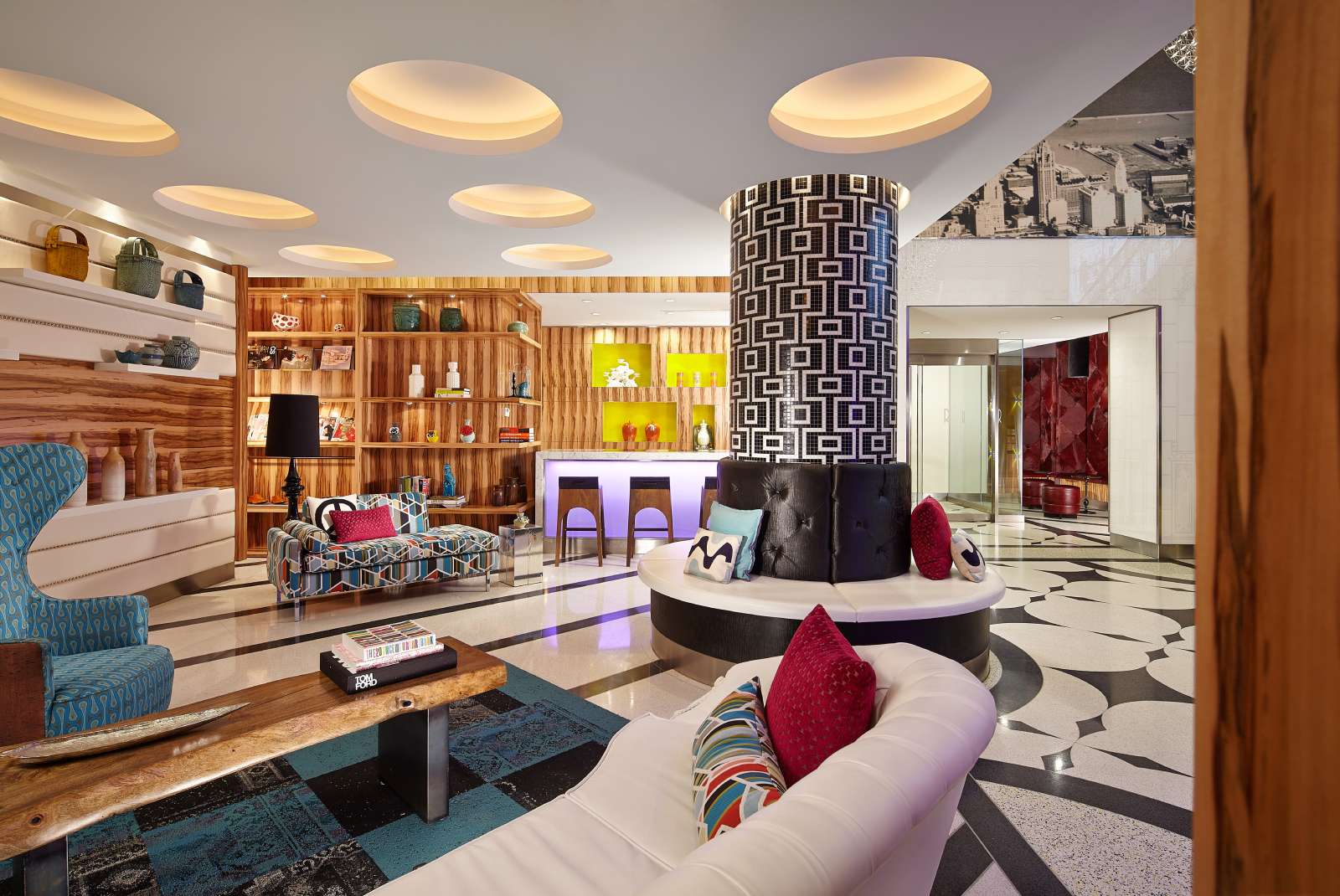 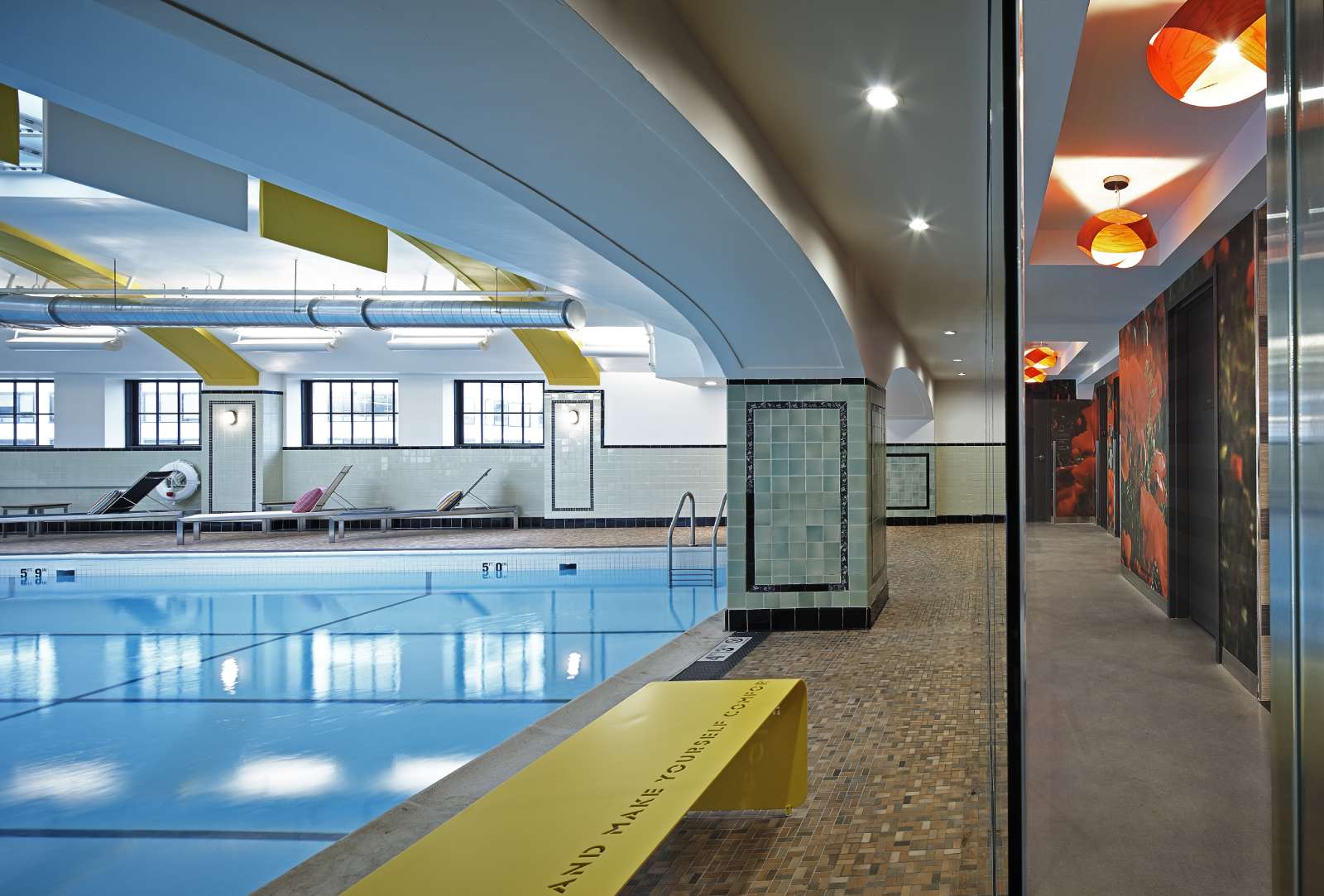 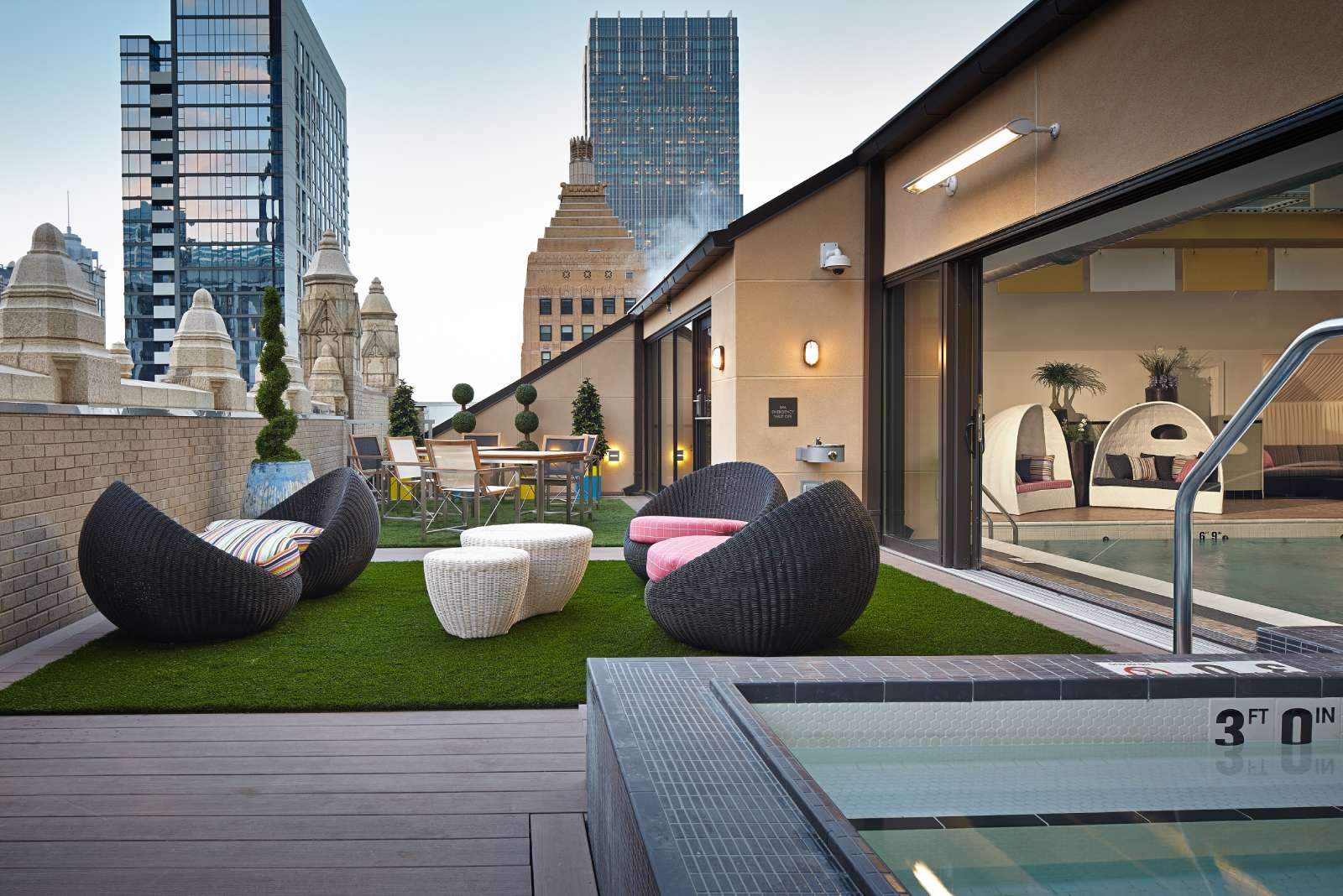 Randolph Tower City Apartments is an adaptive reuse of the landmarked Steuben Club Building into a mixed-use residential community in Chicago’s Theater District. Constructed in 1929 as an office tower and German social club, the 45-story skyscraper had been closed by city officials for a decade due to hazardous terra cotta debris. The building required significant rehabilitation to convert it to 313 apartment units with extensive amenity spaces, commercial offices, and retail storefronts.

In creating the interior common areas and amenity spaces of Randolph Tower, HPA designers drew inspiration from its ornate architecture and original relics. Historic features, such as intricately patterned terazzo floors, marble wainscoting and original hardware, were restored. The lobby, which was absent of original materials, blends contemporary furnishings and finishes with custom murals derived from period photographs and a staircase that references architects and buildings of the time