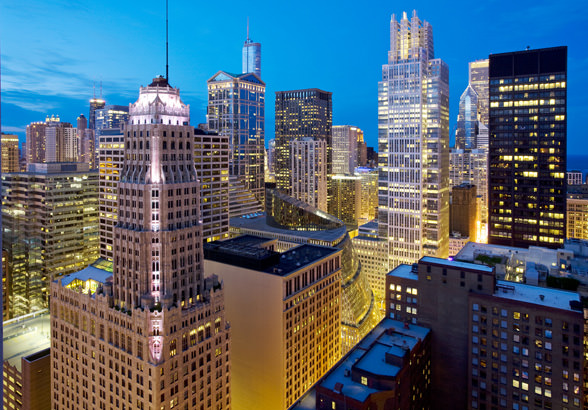 Landmarks Illinois will honor Randolph Tower as Project of Year at the Richard H. Driehaus Foundation Preservation Awards ceremony, which will be held on Saturday, October 26, at the InterContinental Chicago Hotel.

The project transformed the landmarked Steuben Club Building, a shuttered and dormant Jazz Era skyscraper, into a multi-use residential development with luxurious rental units and expansive amenity areas. The restoration of the facade and the adaptive reuse of the building were completed in December 2012. The $145 million, 312-unit project finished on time and on budget.

The adaptive reuse of the interior combined historic restoration with contemporary design features. Although most of the interiors were previously demolished, surviving historical elements were preserved, including murals from the dining room ceiling, marble wainscoting in the corridors, terrazzo floors in the ballroom, and the original swimming pool.