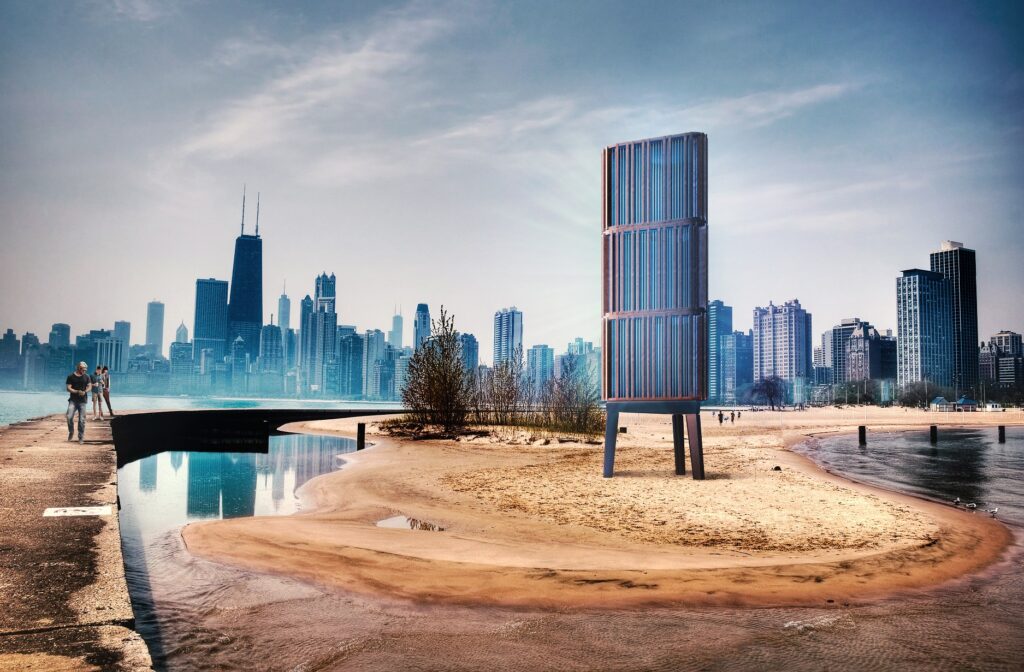 HPA’s kiosk re-contextualizes the water tower as an autonomous figure situated along the lakefront while providing an interactive user experience during and after operating hours. The sculpted tower stands as a beacon, engaging audiences during the day with a dynamic intersection of light and shadow, and at night with a cyan-hued glow that is evocative of water.

The flexible design can be reprogrammed for diverse future uses: theatrical or musical performances, a bird sanctuary, lighthouse, water sculpture, or even adapted as a vertical-axis wind turbine.

Competition results are scheduled to be announced during the summer of 2015.