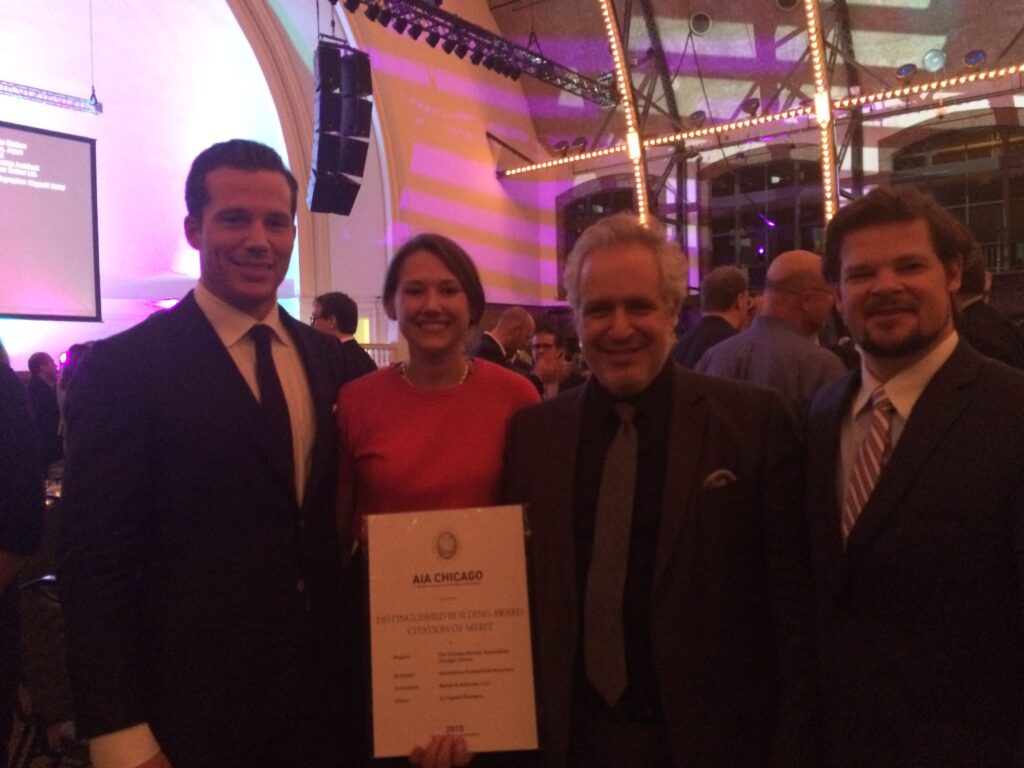 The Chicago Athletic Association was honored with a Design Excellence Award from the Chicago chapter of the American Institute of Architecture. The project earned a Citation of Merit in the Distinguished Building category. Jim Plunkard and Paul Alessandro of HPA were joined by Brad Nichols of AJ Capital Partners and Mike Lemmons and Mark Evans of Bulley & Andrews to receive the award.

More than 1,100 guests attended the Designight awards ceremony on October 23, 2015, at the Grand Ballroom at Navy Pier This year marked the 60th anniversary of the Design Excellence Awards competition, which honors the best work by Chicago architecture firms found worldwide. Thirty-six winning entries were chosen from 285 total nominations.

Chicago Athletic Association and the other entries can be viewed at the AIA Chicago’s 2015 Design Excellence Awards meta-site here.